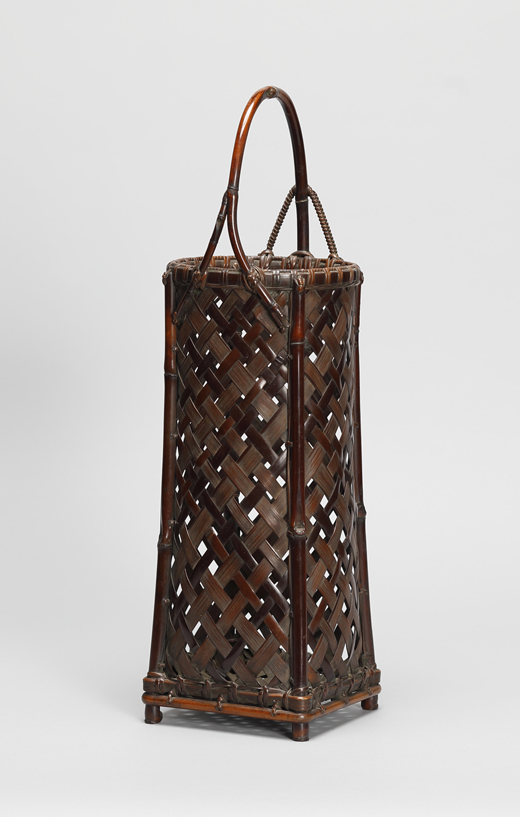 
Tanabe ChikuunsaiⅠ(1877-1937)
Born the 3rd son of Tanabe Masatsune, court physician to Amagasaki clan (Hyogo pref. in present). Began bamboo craft making and studied under Wada Waichisai Ⅰin 1895. Given name of Chikuunsai which was Waichisai Ⅰ’s another artist name when he became independent in 1901. Received a Bronze Prize in the Paris World Fair of Ornamental Arts and Crafts in 1925. Atttained master status in one school of Sencha tea ceremony (Chinese style tea ceremony), Seifu-seizan school of ikebana. Sencha tea ceremony was at its peak in Meiji era, bamboo crafts in Osaka flourished in the background of Sencha. Chikuunsai’s baskets were known as karamono, Chinese style baskets, then developed his own style based on karamono. Made a substantial contribution to bamboo crafts by training a large number of students.