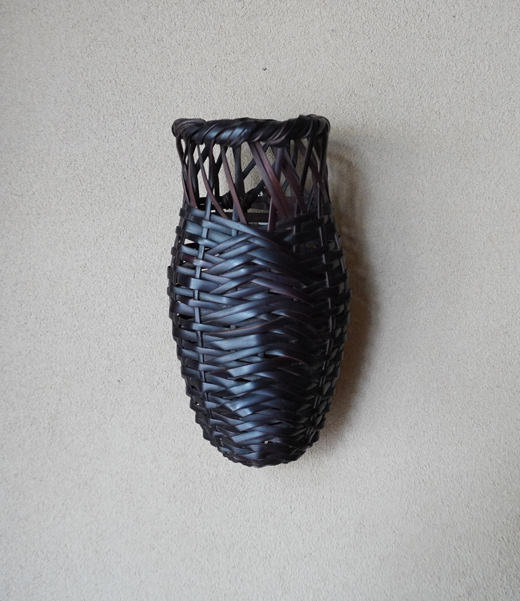 
Yokota Hosai(1899-1975)
Born in Matsuyama city, Ehime prefecture and worked in Tokyo. Studied under Yahashi Shogetsusai.
Exhibited in the 18th Ministry of Commerce and Industry Sponsored Exhibition held in 1934, 1936, and 1937. Joined Iizuka Shokansai, Hayashi Shogetsusai, Kondo Minoru and others in the founding of the Nihon Chikujinkai group in 1953. Hosai was invited by Charlotte Perriand and went to Europe to help her works in the early 1940’s before WWⅡ. Baskets became more modern and showed influence by Europe. Perriand was invited by Japanese government to modernize Japanese Kogei for export and visited Kogei artists for almost a year in the early 1940’s. Exhibited works from 1960to 1974 in the Japan Traditional Art Crafts exhibitions. Frequently created flower baskets in the style of the Ohara school of ikebana.